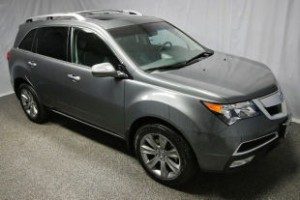 If your looking for a Acura For Sale in Everett, Look no further. The upscale automobile manufacturer, Acura, is well known for its luxury vehicles. The premium offerings from Acura provide car buyers with both high performance and state of the art technology. Acura is a division of the Japanese based Honda corporation. It entered the American auto market in 1986. The first two models produced by Acura were the Legend sedan and the Integra sedan and sports coupe.

The Acura brand was an immediate success in the U.S. Car buyers were pleased with the abundance of features, the premium detailing and the performance levels of the lineup. More impressive, was the reliability reputation offered through the Honda corporation.

Throughout the 90s, the Acura brand expanded but not without some struggles. Several models were not well liked by the public. There were also many car buyers who were not happy with the change in the lineup model names.

Since the turn of the millennium, Acura has reorganized its product line and introduced several new models. The MDX offered many features for the family, and that included more passenger space through a third row of seating. The RSX sport coupe, the TSX sedan, and the RL premium sedan have all been popular vehicles on the U.S. Auto market.

By the middle of the new decade, the RDX and ZDX crossovers were introduced, providing styling and versatility. Around the same time, Acura began an affiliation with Marvel Entertainment that included the feature of the ZDX in the final credits of the Iron Man 2 release. The alliance is working toward an developing an exceptional marketing campaign.