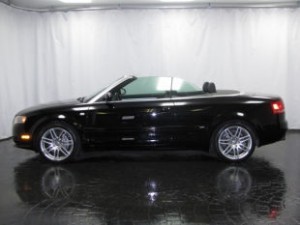 Carson cars offers it’s customer a wide vartiety of vehicles to choose from. One of the popular options is the Audi A4 For Sale In Lynnwood. These models have been on the market since the mid-1990s, when the first generation of A4s was launched in 1994.  Currently in its fourth generation, the Audi A4 falls into the compact executive car class.  For the most part, Audi A4 models have front-wheel drive, though Quattro all-wheel drive is found on various models.

After decades on the market, various manifestations of the Audi A4 have been seen.  The Audi A4 Sedan and Audi A4 Avant are two popular model types.  There have also been wagon and convertible versions of the A4 over the years.

Various engine sizes and powers have been seen as well.  The latest A4 features a turbocharged 2.0-liter engine that can generate 211 horsepower, while the third generation boasted 200-hp (2.0 liter) and 255-hp (3.2 liter) engines.  Overall, dozens of engines have seen dozens of engine types based on the generation and style of the car.

From the start of the Audi A4 line, it has received relatively high praise.  The first generation had noteworthy performance and handling, and the upgraded turbocharged four-cylinder V6 was a nice sight as well.

Audi A4 models include a number of impressive options.  A4s today and yesterday have had access to items such as navigation systems and impressive sound systems.  Today’s A4 has a 10-speaker stereo at the base, with a nice upgraded Bang & Olufsen stereo that can be found on models like the A6.  Tri-zone climate control and other high-quality options are certainly eye-openers in today’s A4.

The A4 has always featured a bit of European styling that can be particularly inviting.  Sharp on the outside, the cabin design has been upgraded in recent A4s that has caught the eye of many car shoppers.  With some of the aforementioned technological and convenience-related features of the A4, it is not surprising to view the model’s popularity.

The Audi A4 is a major contender in the executive car class, offering a distinct blend of luxury, sportiness, and quality.  This versatile model has something for any car shopper. If your looking for a pre-owned Audi A4 For Sale in Lynnwood, your search is over. Contact us at 425-697-6969 to schedule your test drive.