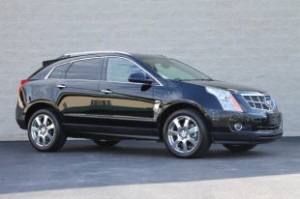 The Cadillac brand of automobiles always was and always will be synonymous with luxury and quality. Many American’s equate Cadillac ownership with having achieved the American dream. Are you in the market for a used Cadillac For Sale in Lynnwood?

Cadillac was started in 1902 by a mechanic named Henry Leland. It was bought in 1909 by General Motors and by 1915 had adapted a manufacturing capability that stressed interchangeability of parts. It quickly became the most prestigious luxury car in the United States and later the world. Some of its major innovations include:

In 1908, and again in 1912, it won the Dewar Trophy from the Royal Automobile Club of England, giving the company its slogan “Standard of the World.”

In 2010, following GM’s managed bankruptcy, Cadillac sales increased by 35 percent from the year before and its brand is offered in 37 countries around the world. Following North America, the largest market for Cadillac cars is China.

You Can Buy Your Cadillac in Lynnwood, Washington

Carson Cars in Lynnwood, Washington is an award winning independent auto dealership. It has a great selection of pre-driven Cadillac’s that are affordable priced and with Carson Cars huge network of lenders we can finance your car purchase whether you have great credit, bad credit or no credit. Fill out our secure online finance application. Call us at (425) 697-6969 for more information about our used Cadillac’s For Sale in Lynnwood &  how you drive off the lot in your dream Cadillac.