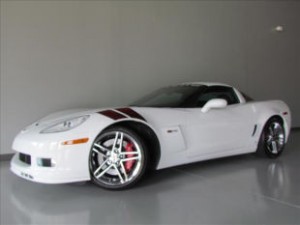 Chevrolet or otherwise known as Chevy is a beloved icon of America’s love of cars. It has always been a top selling car since its introduction in 1911. If your looking for a Chevrolet For Sale in Lynnwood, look no further.

Louis Chevrolet a racing driver and engineer and William Durant, the founder of General Motors started Chevrolet in 1911. Durant was exiled from GM management for five years in 1910. Chevrolet and Durant knew each other well as Chevrolet worked for Durant as a racer for his Buick Motor Company which he founded before General Motors.

Louis Chevrolet had the fist Chevy designed by famed auto designer Etienne Planche. It was an expensive car called the Series C Classic Six. The initial prototype was built months before the Chevrolet company was formed. Following disputes about how the company was to be run, Durant bought Chevrolet out in 1915. By 1916 Chevrolet was doing so well that Durant was able to buy a controlling interest in General Motors. He became chairman of the company and merged Chevrolet into GM. It operated as a separate division designed to compete with Ford Motor Company. In 1928 Plymouth Motors was formed by Chrysler to compete against Chevy and Ford. These three auto makers were known as “the low priced three.” In 1933 Chevy introduced the Standard Six and marketed it as the least expensive six cylinder car sold in America.

During the 50’s and 60’s the Impala, Belvedere and Malibu brought the brand to its iconic status. And there was no male teenager in America who could help but want his own Corvette – the only real American sports car.

Today Chevy and Ford still are in a heated competition and are known for reliable, affordable and well engineered cars.

The Corvette remains an aspiration of many. It is also the most expensive Chevy on the market.

Today Chevrolet makes SUVs, crossovers, and sedans. All models are packed with great engineering and the latest electronics. Trim levels for the Chevrolet line range from basic to super sport and marquees such as Impala and Malibu are once again being sold alongside the electric Volt and super economical Cruz.

Chevrolets for Sale in Lynnwood Washington

If you have been dreaming of owning one of these icons of American cars, Carson Cars can make it happen. We are an award winning independent automobile dealership located in Lynnwood, Washington. map

Family owned and operated we pride ourselves on offering the best pre-owned Chevrolets available. Our Chevy selection is large and we offer great financing regardless of your credit status. Credit applications can be completed online in the privacy of your home with our secure finance application. Every car sold by Carson Cars is guaranteed. Call us now at (425) 697-6969!