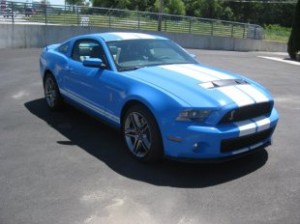 Fords have been a popular vehicle in the USA for over a hundred years. Drivers that are looking for a Ford For Sale in Lynnwood, need to look no further. In business for more than a century, the Ford automobile corporation has a reputation for producing top quality cars, trucks and SUVs. The company was established in 1903 by Henry Ford. Ford wanted to be able to mass produce his automobiles in order to offer them to the public at a reasonable cost. His first cars were the Model A and the Model T.

The company sold over sixteen million cars over the next two decades, and was also able to develop an plan for efficiently assembling all of the automotive parts. This innovative assembly line made it easier for the Ford company to sell their cars at a price the American public could afford.

The 1920s brought about Ford’s purchase of the Lincoln Motor Company and the introduction of luxury automobiles. Not much later the Mercury division was developed. The Lincoln Zephyr was launched in the 30s and eventually sold more than twenty five million units.

Ford unveiled its popular Thunderbird at the end of WWII. It provided car enthusiasts with a perfect combination of style and performance abilities. Around the same time the unsuccessful Edsel was discontinued.

During the 60s Ford rolled out the Mustang and the Falcon. Offering a beautiful exterior that car buyers could afford, the Mustang was able to achieve top sales records.

In the following decade, the model lineup of the Ford company was revised. The oil crisis and economic issues forced the company to rethink its automobile designs. Ford also developed new projects after buying the Mazda, Aston Martin and Jaguar brands. Not long after, the Escort and the Taurus were introduced.

The Explorer SUV debuted in the 90s. It was a hit with family minded car buyers. By the end of the 90s, Ford had gone on to buy two other brands, the Land Rover and the Volvo. Ford continued to build its strong reputation for offering high quality automobiles through the new millennium. It did however, sell off the Jaguar, Land Rover, Aston Martin and Volvo brands as production costs were too high.

The present Ford models include the Expedition, the Explorer, the Flex, the Escape, the Focus, the Fusion and the Mustang. The Expedition and Explorer provide versatility, style and a roomy interior. The Flex provides high safety scores and an abundance of technology. The Escape has park sensory and many entertainment components. The Focus comes as a sedan or hatchback and the Fusion has great handling and a good fuel efficiency. The ever popular Mustang continues to provide the car buying public with an affordable, quality classic car.

If you’re hoping to find a Ford For Sale in Lynnwood, we’re here to help. At Carson Cars we offer integrity, honesty and experience. Come in and see us today.

We Love Our Customers!
Fernando was very helpful and professional. He understood our needs and limits.He was excellent.
denise avery
excellent service very forward about the deal. Carlos Vazquez was very professional and friendly highly recommend
Shawn Bowen
Great experience got many cars here will always be my go to dealership for a nice clean reliable car
Dorion Rowe
These guys are a well oiled machine. Carlos is a great leader. They get you in a car fast and efficiently. I highly recommend them for your next car or truck! Semper Gumbi!
Jayson Anderson
Carson cars has helped me in so many ways. Thank you Jessica Robert Jack and Scott all of you thank you so much
Cheryl Poe
If your shopping around with Carson ask for carlos
Blake R.
Carson Cars has made buying my first car so easy and enjoyable! I recommend this place to everyone I know and they all feel the same.
Kaitlyn Smitherland
Excellent experience with very caring people ask for Carlos he’s the best..
danielle sauve
☆
(Translated by Google) Good customer service, Mr. Nacho is kind and helps you throughout the process for choosing the vehicle. (Original) Buena atención al cliente el Sr Nacho gentil y te ayuda en todo el proceso para la elección del vehículo.
Israel Castro
Thank you carlos for helping me get into the ride I wanted! You guys need to ask for him for the best deal!
Blake robin