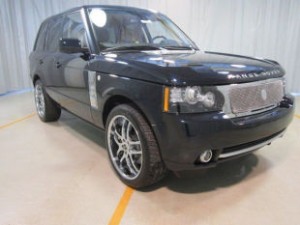 Following World War II, two brothers who were veterans presented an idea for manufacturing a car based upon the United States Jeep. Spencer and Maurice Wilks collaborated with the Rover auto manufacturing company to produce a British car that was as rugged and versatile as the American made Willys Jeep. In 1948, the first Land Rover rolled off the assembly line. Called the Series 1 it was a primitive but sturdy vehicle that had permanent four-wheel-drive, a detachable canvas roof and doors that were an option.

Throughout the 1950s the Land Roved was refined and given more horsepower. In 1958 the Series II was introduced with more hp than the Series I and a more sophisticated exterior. The exhaust and chassis no longer were visible; instead they were hidden by sills. At this time Land Rover also introduced its first diesel driven vehicle.

The Series IIA was produced next, and was manufactured from 1961 through 1971. At the end of the 1960s the brothers sold Land Rover to Leyland Motors. Leyland Motors later became British Leyland.

The famous Range Rover was inaugurated in 1970. It was a V8 with a most aluminum stylish body. By 1980 the company was acquired by British Aerospace and renamed the Rover Group.
The Rover group entered the American retail auto market in 1987 with the Range Rover. Two years later the company began selling the two door Rover Discovery; it was the first complete new car for Land Rover in 19 years.

Land Rovers for Sale: Lynnwood, Washington
Land Rovers are well suited to the climate and terrain of Western Washington, Carson Cars in Lynnwood, Washington is a family owned and operated independent dealership where you can find a Land Rover that has been pre-driven and in excellent condition. The Carson family has owned and operated this award winning independent dealership for more than 35 years. Every Land Rover they sell undergoes a rigid 111 point inspection that is done by an ASE certified mechanic before it can be put up for sale. Every Land Rover sold by Carson Cars is guaranteed too.