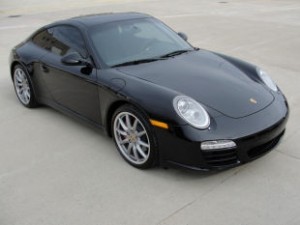 The Porsche brand began as the Porsche Engineering Office. The company was established in 1931 in Germany by Ferdinand Porsche. Ferdinand was able to open his own company after his experience working for the Daimler corporation in the 1920s. Daimler developed two Mercedes models using the expertise of Ferdinand.

The Porsche automobiles were built in Austria in the 1940s and 50s but were later manufactured in Germany. Around that time the company developed the innovative engines with air cooling.

In the 1950s the 550 Spyder and the 356 Speedster were rolled out. These cars demonstrated their performance capabilities in the racing world. The 911 coupe came out in the 60s. It had the exclusive air cooled engine.

During the 1990s the 968 was created and the 928 was taken out of the lineup. Porsche experienced some financial difficulties but was able to rebound with the introduction of the Boxter. The Cayenne SUV was unveiled early in the new millennium along with the Panamera and the Carrera GT.

Come to see us at Carson Cars, if you’re looking for a Porsche For Sale in the Lynnwood area. We have a large inventory of Porsche automobiles as well as a financing product for every possible credit situation. We’re proud to have been serving our community for over 45 years and look forward to helping you find the Porsche you’re want. Call us for an appointment at 425-697-6969 or visit us today.