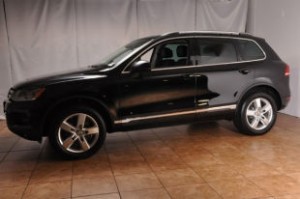 If your looking for a Volkswagen For Sale in Lynnwood, look no further.  Founded in Germany, the Volkswagen automobile production company builds premium vehicles that earn top dollar. Ferdinand Porsche built the first Volkswagen beetle in 1936.

The second world war forced the company to delay building the beetle due to damages to the factory from wartime fighting. By the late 40s the Beetle was being mass produced and was exporteed to the United States in 1949.

The Volkswagen product line expanded in the 50s. The versatile Bus was added and the Beetle increased in popularity. By the mid 50s more over a million Beetles had been built. Not long after the Karmann Ghia two seater sports car was luanched.

In the 1960s the company achieved more success from an appearance in a film produced by Walt Disney. Over a million Beetle units were being built each year. In the 70s the model had set world records for production. By the mid 70s Volkswagen was building automobiles with water cooled engines, including the Passat. It was also equipped with standard parts that could be used in other Volkswagen models. Not long after the Golf, the Scirocco, and the Rabbit GTI came out. At the same time the Beetle was being discontinued.

Throughout the 1980s praise for the Golf grew, making it the most in demand model in the Volkwagen lineup. By the middle of the decade the high perfomrance Golf GTI earned high marks on the racing circuit.

Early in the 1990s sales of Volkswagen models began to fall. The company reorganized its marketing plans and concentrated more on its more recent models. The result; a return to its former sales standings. The newly produced Beetle enabled Volkwagen to regain its popularity in America due to its similarity in design lines to the classic version.

Since the beginning of the new millennium the company has been developing a luxury line including the Touareg SUV and the Phaeton sedan. The Phaeton was not well received by the car buying public however the other current Volkswagen models continue to achieve success on the automobile market.

The GLT comes as a two or four door hatchback. It is available with two trims that have a roof spoiler, a sport suspension, alloy wheels, shift paddles, speed control, heated sport seating, fabric upholstery, a trip computer, satellite radio, iPod and Bluetooth interface, and a CD player with eight speakers.

The Eos offers a convertible body and three trims. It has fog lamps, alloy wheels, remote entry, power adjustable seating with lumbar support, Bluetooth and iPod connectivity, satellite radio, a touch command display, and a CD player with eight speakers. The Jetta has five trim level and the Golf has two.