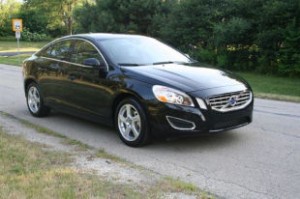 Founded in the 1920s in the Sweden, the Volvo corporation is known for its safety features and top rated safety scores. The company product line also offers high performance and stylish designs.

Assar Gabrielsson and Gustaf Larsson stared the company and wanted to be able to provide car buyers with the safest automobiles possible, Their first cars were the Jakob and the PV651. More than ten thousand units had been produced by the company by the 30s.

Volvo launched its high in demand PV444 after the second world war. Within ten years its was exporting its autos to the United States. The PV444 was an instant hit with the car buying American public. They loved the style and size of this model. Volvo kept its focus on safety features throughout the 50s, creating the three point seat belt system.

In the 1960s the P1800 was rolled out. Its stylish design was evident on the television show The Saint. Safety continued to be the focus of Volvo. The company created protective padding for dashboards and crumple regions on the exterior of its vehicles that would reduce the force from an accident. Volvo’s safety innovations of the 70s included rear facing child seating, collapsible steering columns and childproof locks.

During the 1980s the Volvo brand developed as a symbol of status. Its turbocharged engines played a large role in this development. By the end of the 80s the 780 coupe and the 480 hatchback were available,

In the next decade the 850 was launched providing a comprehensive list of safety components and a front wheel drive system. The S40 and the C70 were offered soon after. These models came with a rounder design of the exterior lines. At the end of the 90s the Ford motor company bought the Volvo brand and used the exclusive Volvo designs and safety features. By 2010 Ford was experiencing financial problems and could no longer keep the Volvo brand. It was sold to the Geely corporation.

The 850 came out in the 1990s and offered front wheel drive and a long list of safety equipment. The C70 and the S40 were introduced soon after with a rounder exterior design. By the end of the decade the Volvo brand was owned by the Ford company offering the new owner its safety and design plans. Ford fell into financial difficulty and was forced to sell Volvo in 2010 to the Geely corporation.

The present Volvo lineup includes SUVS, sedans and coupes like the XC60, the XC70, the S60, the S80, the C30, and the C70. The XC60 and the XC70 have three available trims. The S60 and the S80 also have three trims. Standard equipment on these models includes heated mirrors, a CD player, speed control, seating with lumbar support, as well as iPod and Bluetooth technology. The C30 has two trim designs: the T5 and the T% R-Design. These models have speed control, steel wheels, a trip computer, eight speakers, a steering wheel with audio control, a CD player and Bluetooth technology. The C70 has three trims and remote entry, twin region climate control, ally wheels, leather upholstery, heated mirrors, memory functions, eight speakers, a CD player, satellite radio, and iPod and Bluetooth technology.

Carson Cars is here for you. We offer impressive selection of Volvo for sale in Lynnwood, Wa. Visit us today.