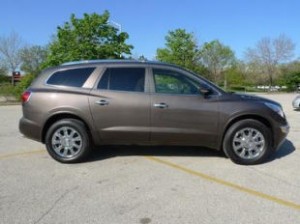 Buick is synonymous with luxury and is one of the oldest luxury nameplates in the car industry. Buick was founded in 1903 by David Buick. By 1914 it was often referred to as “the doctor’s car” and had been a leader in luxury since then. Today, Buick is owned by General Motors, It still denotes quality and luxury. If your looking for a Buick For Sale in Lynnwood, consider your search over.

Buick – A Leader in Firsts

The Buick line from General Motors survived the auto industry cut backs of 2010 that saw names such as Pontiac and Saturn retired. Buick has changed its philosophy and styling in order to attract younger buyers who will stay with the brand, rather than evolve to it. The styling has definite European elements and engineering influences in handling and ride action. Now, modern Buicks have a more exciting ride and more modern styling than folks expected from this “old” car maker.

Crossover SUVs and sedans are Buick’s specialty andCarsonCars has a number of pre-owned Buicks for sale in Lynnwood, WA to choose from. Call them today at 425-697-6969.

Carson Cars is a family owned and operated business that has been serving its neighbors in Lynnwood, WA since the 1960s. Since Mike Carson, the second generation of the Carson family to direct the dealership, deals with friends and neighbors he is obsessed with making sure that the car buying experience is the best possible. If you would like a late model Buick for sale in Lynnwood, WA  check with us first.

Every Carson Car comes with a guarantee. All Buick pre-driven cars on our lot have been subjected to a rigid 111 point inspection. If any car does not pass inspection or cannot be repaired so that it can, Carson Cars will not sell it. Only the best used Buicks get on our lot.

Carson Cars also has a terrific network of lenders to get you financed no matter what your credit rating is.

Come to Carson Cars and get the Buick you want and deserve. Contact us at 425-697-6969 for more information on Buick’s For Sale in Lynnwood.