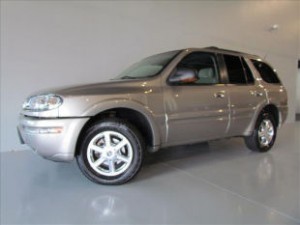 As a division of General Motors, the Oldsmobile company has been producing automobiles for over one hundred years. Established by Ransom Olds, the founder learned to build gasoline powered automobiles while he was working in his father’s automotive shop. Using his expertise, Ransom Olds founded the Olds Motor Vehicle Company in the late 1890s. Within a decade the company was building automobiles for the luxury market.

General Motors bought the Oldsmobile brand in 1908. The new division concentrated on building premium automobiles for the GM lineup. In 1915 the Model 42 debuted and soon after the Model 37 was launched. The designs included an enclosed body that was better able to provide protection of the car’s occupants.

In the 20s, the Model 46 came out. It offered a V8 engine and enough room for seven. Newly created chrome plated details were included int the new automotive offerings.

Oldsmobile brought out the independent front suspension system in the 30s. Along with that came the innovative automatic transmission which allowed car drivers to change gears without using a clutch.

After the second World War, Oldsmobile rolled out its Rocket 88. It came equipped with a powerful V8 engine. In the 50s Oldsmobile was building its Starfire model with an innovative windshield and fiberglass body.

The Toronado was introduced in the 60s with its front wheel drive technology. Oldsmobile played a great deal of attention to safety components in the 70s. The Toronado was offered with a drivers air bag. In the 70s, the Cutlass was also developed.

By the end of the 70s the fuel shortage was affecting automobile production. Oldsmobile began offering a V8 diesel engine however diesel fuel soon began rising in costs making the engine less attractive to car buyers. During the 80s Oldsmobile also debuted the Aerotech.

The Guidestar came out in the 90s with a long line of technology features including a navigation system. Sales for the Oldsmobile company began to stagnate in the late 90s. Not much after the turn of the millennium, General Motors discontinued the line.

The latest models offered by Oldsmobile were the Silhouette, the Alero and the Bravada. The Silhouette minivan came with three trims that offered speed control, alloy wheels, an automatic transmission, power equipment and a CD player. The Alero had a convertible and coupe frame and four trims. The Bravada SUV provided a six cylinder engine, traction control, all wheel drive and an automatic transmission.

For the best choices in an Oldsmobile for sale in Lynnwood, Wa., come see us at Carson Cars. We have a financing product for any credit score, and we’re proud to have served our community for over forty-five years. Make an appointment to visit us today by calling us at 425-697-6969 or stop in!